For safety, the law limits how long a trucker can drive. But some drivers say they’re being forced to falsify their logs. The USDOT won’t talk about their claims.

ATLANTA — Empty spots on store shelves, boats backed up with cargo and an industry struggling to find drivers. Some drivers said this adds to the pressure to drive, drive, drive.

All of that driving sometimes leads to a crash.

By law, drivers can spend up to 11 hours behind the wheel each day. They are required to get 10 hours of rest between each shift, and they must track their hours to prove they’re following the law.

“If a driver is too tired to drive, he’s more likely to have a wreck,” said Captain Tony Pilcher with Georgia’s Motor Carrier Compliance Division. “And when a commercial vehicle has a crash, if it’s a tractor-trailer, that can be catastrophic.”

Some drivers said despite these risks, their employer lied on their logs.

“I just did what they told me to do”

11Alive Investigates spoke with three drivers about the lengths their former employer would go to keep them on the road. The drivers asked to remain anonymous because they still work in the industry. 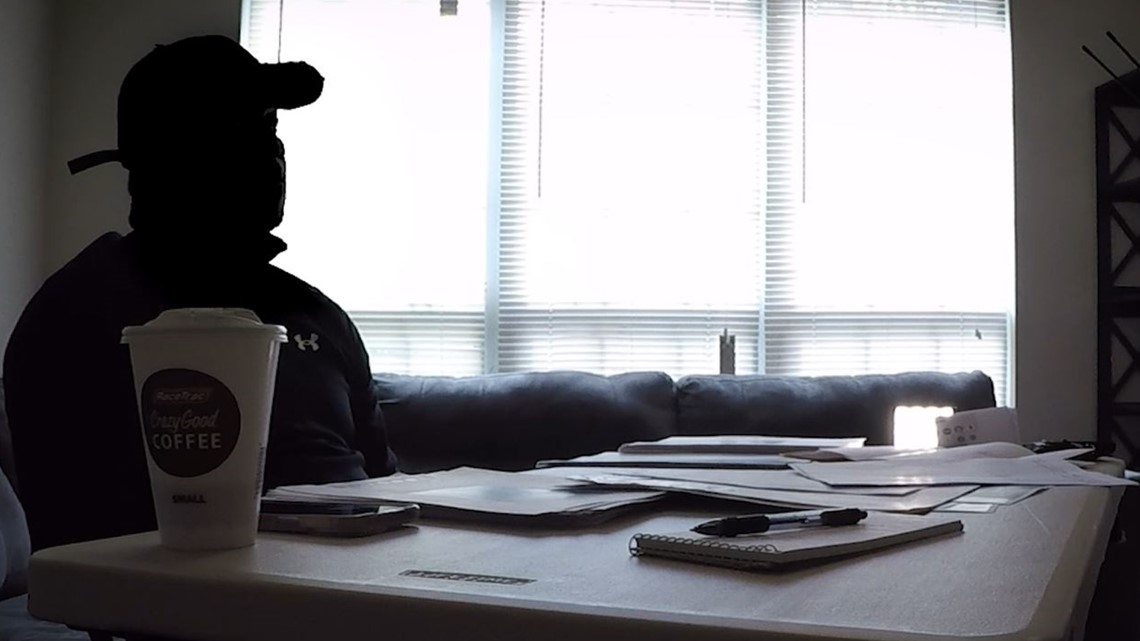 “I went to Alabama, Arizona, California, New Jersey, New York, South Carolina by myself. Driving. Pretty much no sleep,” one of the drivers said. “Sometimes four hours of sleep. The most that I drove was about 30 hours straight.”

The drivers shared with us text messages and driving logs they say are proof their company changed the information in the electronic logs, or had them drive under someone else’s account when their time was legally up.

“Every time I run out of time, he would go on the e-log and erase my previous hours and give me a fresh 11 hours to drive back on the road,” one driver said, trying to explain the screenshots he took of his time logs just three minutes apart.

The problem: the drivers don’t know exactly who changes the information or how it happens. One text message a driver showed to 11Alive Investigates appeared to be from India.

“I just did what they told me to do,” one driver said.

None of them seemed to mind the long hours because it meant more money. But eventually, they came to the conclusion they weren’t getting paid enough to take the risks. The risk of having a crash, getting caught and having their license suspended.

If the U.S. Department of Transportation were to look at one of the driver’s logs, it would show the driver didn’t drive four days in a row. But the paycheck the driver received showed the driver traveled nearly 6,000 miles that week.

If both are true, 11Alive Investigates calculated that the driver would have had to travel more than 1,400 miles per day at a speed of 134 miles per hour to not exceed his daily limit. 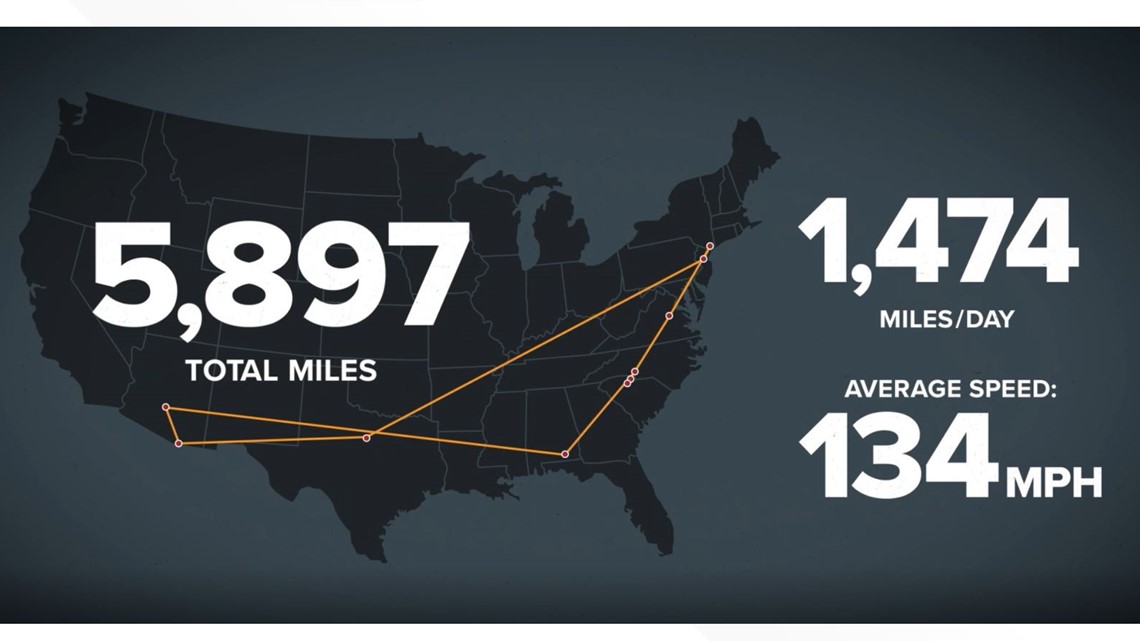 Credit: WXIA
The paycheck the driver received showed the driver traveled nearly 6,000 miles in one week. 11Alive Investigates calculated the driver would have had to travel more than 1,400 miles per day at a speed of 134 miles per hour to not go over his daily limit.

We wanted to talk with the company about the documents and these drivers’ claims. All the addresses pointing to the companies involved went to post office boxes or shared rental office spaces.

No one involved with the trucking businesses were present. 11Alive left contact information at each location. No one ever called or emailed back.

11Alive Investigates made the decision not to name the trucking companies accused because the USDOT said it investigated the drivers’ claims, but there’s no public record they found any wrongdoing.

Both companies received violations for falsifying driving logs in the past year but none appear associated with these drivers’ complaints. 11Alive repeatedly asked for more information on the USDOT’s investigation, if indeed there was one, but never received a response.

The Georgia Division Administrator, Danny McPeters, told us to file a Freedom of Information Act (FOIA). That’s designed to give people access to the documents behind an action or decision. It doesn’t answer questions themselves. Still, we filed one, that was a month ago.

11Alive Investigates did eventually find a phone number associated with two of the businesses. One man answered, identifying himself only as Jacob. He said he was responsible for assigning the shifts.

Jacob insisted the accusations were false and called them disgruntled employees. One driver was terminated after he damaged the bumper of the truck while trying to park the truck cab at a repair shop. That matter is now tied up in court.

When we called again to ask about the discrepancy between one of the driver’s log and their paycheck, another manager told us the dates on the paycheck ‘must be’ wrong. We asked him to pull the records to make sure but never received a call back.

Despite our attempt to search for answers — every route seemed like a dead end.

Getting around the system

According to the USDOT, in Georgia last year, more than 20% of violations had something to do with falsifying or failing to fill out a driver’s log. 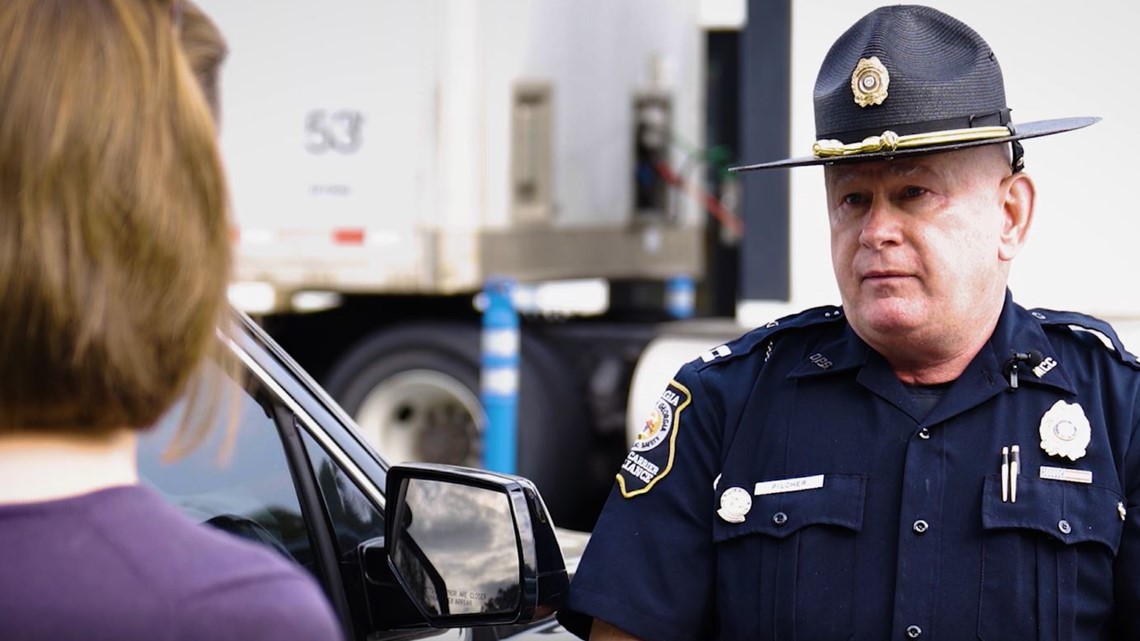 “We catch a great deal of them, but some of them are going to get by. You can’t stop everybody who is doing something wrong,” said Pilcher.

Attorney Stefano Portigliatti, who represents people injured in truck driving accidents said there are always a handful of companies looking for creative ways to get around the system.

“You see drivers with multiple logins. So you log in, you’re out of time, so switch to your other login,” Portigliatti explained. “But there aren’t many tricks the driver can do on their own. Who sets up the user accounts? The company does. Who is dispatching the driver on the road?”

Sometimes, Portigliatti says, the error is in how companies calculate their drivers’ hours.

He represents a man injured in a crash after the truck driver sat for hours waiting on his load. On the electronic log, the driver wasn’t over his hours, because the company ordered drivers not to log in until they were ready to pull away.

“That’s falsifying the logs,” Portigliatti said frankly. “To blame the drivers for not wanting to drive, really it’s the driver not wanting to be employed by you. That’s the problem. There are many people who would love a truck driving job.”

And, Those Responsible Get Overlooked.