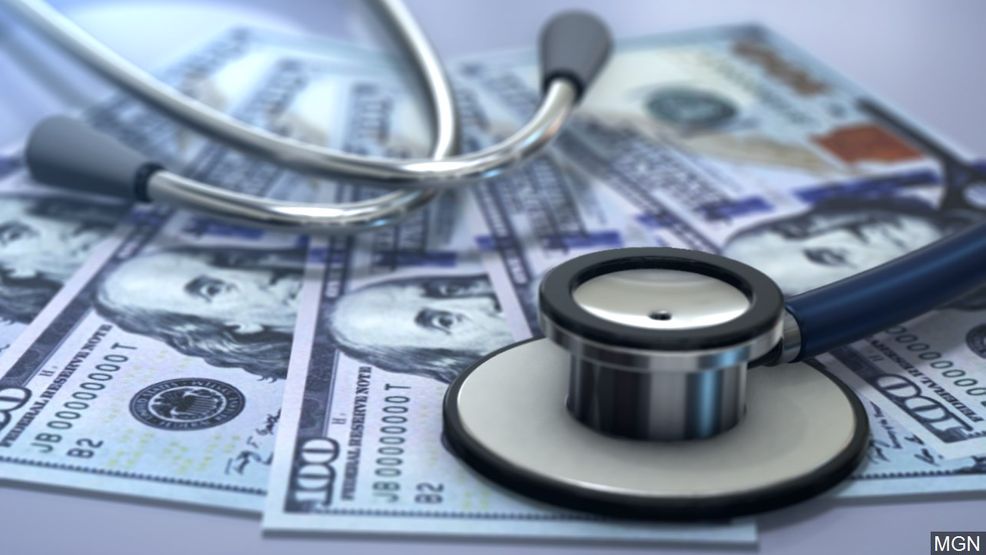 TALLAHASSEE, Fla. — As Gov. Ron DeSantis looks to open the state back up, he is being pushed by health-care providers to shield them from lawsuits stemming from the delivery of care during the COVID-19 pandemic.

The state’s largest physician, hospital and nursing-home associations are asking DeSantis to issue executive orders that would protect their members from lawsuits because of actions that occurred — or didn’t occur — during the crisis. Several groups even provided a fully worded proposal to the governor this week.

DeSantis has remained silent on whether he will follow the lead of other governors who have provided immunity to health-care providers. The governor’s office did not answer questions about the requests.

The Florida Hospital Association and other groups sent a letter Wednesday to DeSantis that voiced worries about potential lawsuits against frontline workers. Among the groups signing onto the letter were the Florida Nurses Association, the Florida Society of Anesthesiologists, the Florida Nurse Practitioners Network, the Florida Chamber of Commerce and Associated Industries of Florida.

“While the battle rages, it is unfortunate, but necessary, that steps be taken to avoid another crisis — a proliferation of inappropriate and unwarranted lawsuits,” the letter said. “In the future, after the current awareness of the incessant harsh realities confronting patients and providers has faded, there may be some who would seek to take advantage of the COVID-19 crisis by suing providers based on applications of standards of care that would fail to account for the special challenges presented by a devastating pandemic.”

“An executive order is important to send a message to physicians that the state of Florida backs them and respects what they are doing (and) agrees that they should not be sued in the future for any liability issues for the handling of the COVID-19 crisis,” said William Large, president of the Florida Justice Reform Institute, which is backed by business groups and lobbies for lawsuit restrictions.

Signed by Large, Florida Medical Association President Ronald Giffler and Florida Osteopathic Medical Association President Eric Goldsmith, a March 26 letter recommended that DeSantis issue an executive order that would limit liability; provide sovereign immunity protections for doctors who were complying with a DeSantis emergency order that shut down optional health-care services; or amend sections of the state’s so-called “Good Samaritan Act” so it would apply to physicians working during the pandemic.

Nursing homes, meanwhile, are seeking protections from cases that can be filed against them for violating nursing-home residents’ rights. The Florida Health Care Association sent a letter to DeSantis on April 3 asking for immunity from civil and criminal liability for “any harm or damages alleged to have been sustained as a result of an act or omission in the course of arranging for or providing health care services” during the pandemic.

Spokeswoman Kristen Knapp said the nursing-home association has not received a response. DeSantis told reporters last week that, “I think it’s under review. I haven’t made any decisions yet and we’ll look.”

Agency for Health Care Administration Secretary Mary Mayhew said the state has made “monumental efforts” to help the long-term care industry respond to the virus. Mayhew said last week that the infection prevention and control needed to combat the virus “frankly exceeded the level of infection prevention typically associated with our nursing homes and assisted living facilities.”

The state last week also suspended the licenses of two nursing-home administrators in Jefferson County because of alleged deficient care.

Any attempt to shield nursing homes and other providers from lawsuits, however, likely will face fierce opposition from groups such as plaintiffs’ attorneys. Jacksonville attorney Steve Watrel said now is not the time to grant broad immunity.

“The court system exists for a reason,” Watrel said. “The court system exists to ferret out meritorious from non-meritorious claims. And broad brushes of immunity are not only not appropriate right now but would lead to an increase of injury and death. Because, unfortunately, the reality of human nature is, without the threat of accountability, responsibility dwindles.”

Knapp said nursing homes have been receiving “conflicting guidance from federal, state and local government entities” and that COVID-19 has required facilities to take actions they ordinarily would not take. For instance, Knapps said homes in Broward County are being told by local health department officials to keep residents in their rooms with doors closed, which would “be a violation of health care standards on a normal day.”

“In the midst of this unprecedented crisis, long term caregivers should be able to direct their skills and attention to helping individuals who need them, and not have to worry about being sued for making these types of tough decisions while trying to comply with government directives,” she said in a statement to The News Service of Florida.

Some other states have provided legal protections for care provided during the pandemic. For example, governors in Arkansas, Arizona, Connecticut, Illinois, Kentucky, Massachusetts, New Hampshire, Nevada, New York, Vermont and Wisconsin have issued orders protecting physicians from lawsuits, according to the American Medical Association.

But shielding doctors, hospitals and nursing homes from lawsuits has long been a controversial issue in Florida, with the issue flaring again in recent years.

Interest in medical-malpractice protections was refueled by Florida Supreme Court rulings in 2014 and 2017 that struck down limits on non-economic damages in malpractice lawsuits.

The state House considered a far-reaching malpractice bill in 2019 that would have addressed the court rulings. But the proposal cleared only one panel in the House and never was considered by the Senate.

Jacksonville attorney Chris Nuland, who lobbies for physician groups, said other issues, such as expanded practice authority for pharmacists and advanced practice registered nurses, dominated his time during the 2020 session. Changes to the malpractice system were “out there on the scene, although no one really went after it this year,” he said.

Leading up to the pandemic, the state’s medical-malpractice insurance market was profitable and stable. Florida ranked fourth in the nation in terms of premiums written with roughly $562 million in 2018, according to a Florida Office of Insurance Regulation report.

Sixty-five percent of the premiums, the report shows, came from physicians’ policies. On average, the report noted, medical malpractice rates increased for physicians by 3.5 percent.

The last time the Legislature delved into nursing home lawsuits was 2014, when it agreed to pass legislation that prevented “passive” investors from being named as defendants in cases related to injuries suffered by nursing-home residents. The bill also made it harder to sue nursing homes for punitive damages, requiring courts to hold evidentiary hearings before residents could pursue punitive-damage claims.

And, Those Responsible Get Overlooked.